Scroll Down
The Spitfire
The People
The Legacy 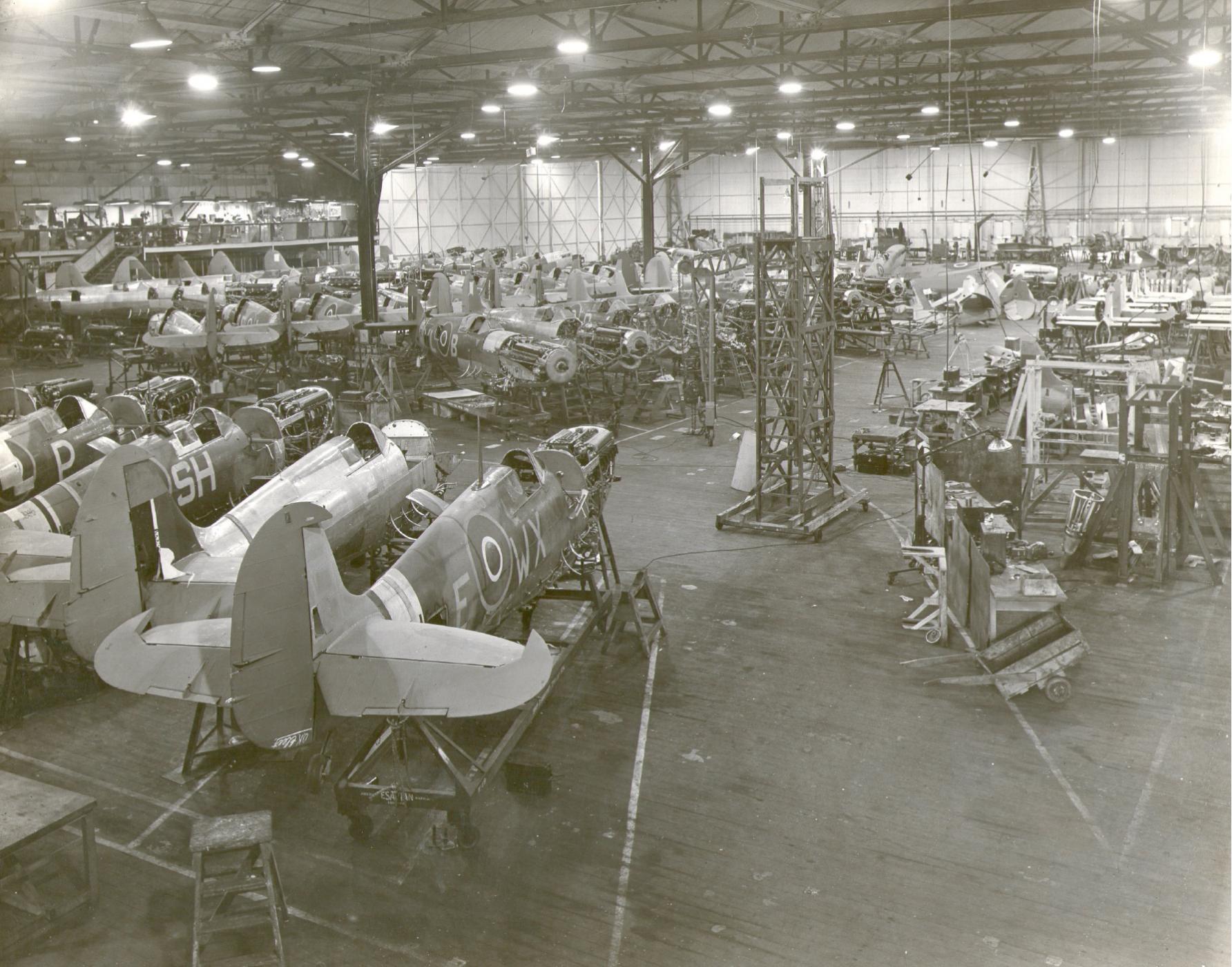 Superior air power is pivotal in modern warfare, and British aircraft design and engineering helped change the course of the Second World War. Most aircraft in the 1930s still had fabric stretched over a traditional, fixed wing and fuselage, but the British designer, RJ Mitchell, was obsessed with aerodynamics and construction techniques that would deliver more speed and greater manoeuvrability. He designed an icon – the Supermarine Spitfire.

From its new, elliptical wings and aluminium body to the wing spars made of concentric square tubing that made each boom progressively stronger from wing tip to root; thinner wings; sunken rivets; covers on the landing gear housing that reduced drag – these are just some of the engineering innovations that created a legend.

Another design first came in the form of the Merlin engine, developed by Rolls-Royce. Exhaust ports angled away from the fuselage used to be the norm, but Spitfire exhausts ran parallel to the body of the plane, enabling more thrust and control. This gave Mitchell’s aircraft better turns of speed, better aerobatic abilities and an impressive turning circle, all needed to help outmanoeuvre enemy aircraft.

With a range of Merlin to Griffon engines and wing configurations, there were 24 marks in all with many sub-variants for specialist purposes – photographic reconnaissance, for example – and Mitchell designed an aircraft to serve in every theatre. Top speeds of over 440 miles (710 km) per hour and ceilings of 40,000 feet (12,200 metres) meant the Spitfire instilled confidence in its pilots, and brought new hope to the nation.

20,351 Spitfires were built between 1938 and 1948. Production of the Supermarine Spitfire started at the Vickers-Armstrong at the Woolston factory, previously known as the Supermarine Aviation Works. The aircraft’s maiden flight took place from Eastleigh airfield (now Southampton Airport) on 5th March 1936, and from the outset, the Spitfire was destined for greatness.

Legend has it, after the flight, Chief Test Pilot, Captain Joseph ‘Mutt’ Summers, simply said, “Don’t touch anything.” Mitchell’s enthusiasm for racing, aerodynamics, and a highly responsive aircraft had resulted in a design that embodied confidence, hope and courage.

The first operational aircraft were sent to the RAF on 4th August 1938, and the Woolston factory went on to be the only supplier of Spitfires until the summer of 1940 – it was bombed during the Battle of Britain, with the tragic loss of 110 lives. To mitigate the threat posed by those raids, Spitfire production was shared among ‘shadow factories’, with manufacture extending right across the nation.

From Kent in the South to Hillington in the North, with fabricators in Caversham, Reading, Hungerford, Newbury, Salisbury, Willesden and Winchester all playing their part – the Spitfire is a national treasure, because the whole nation was involved. In particular, the West Midlands factory at Castle Bromwich became the largest producer of Spitfires in the UK, building over half of the 20,351 aircraft produced. 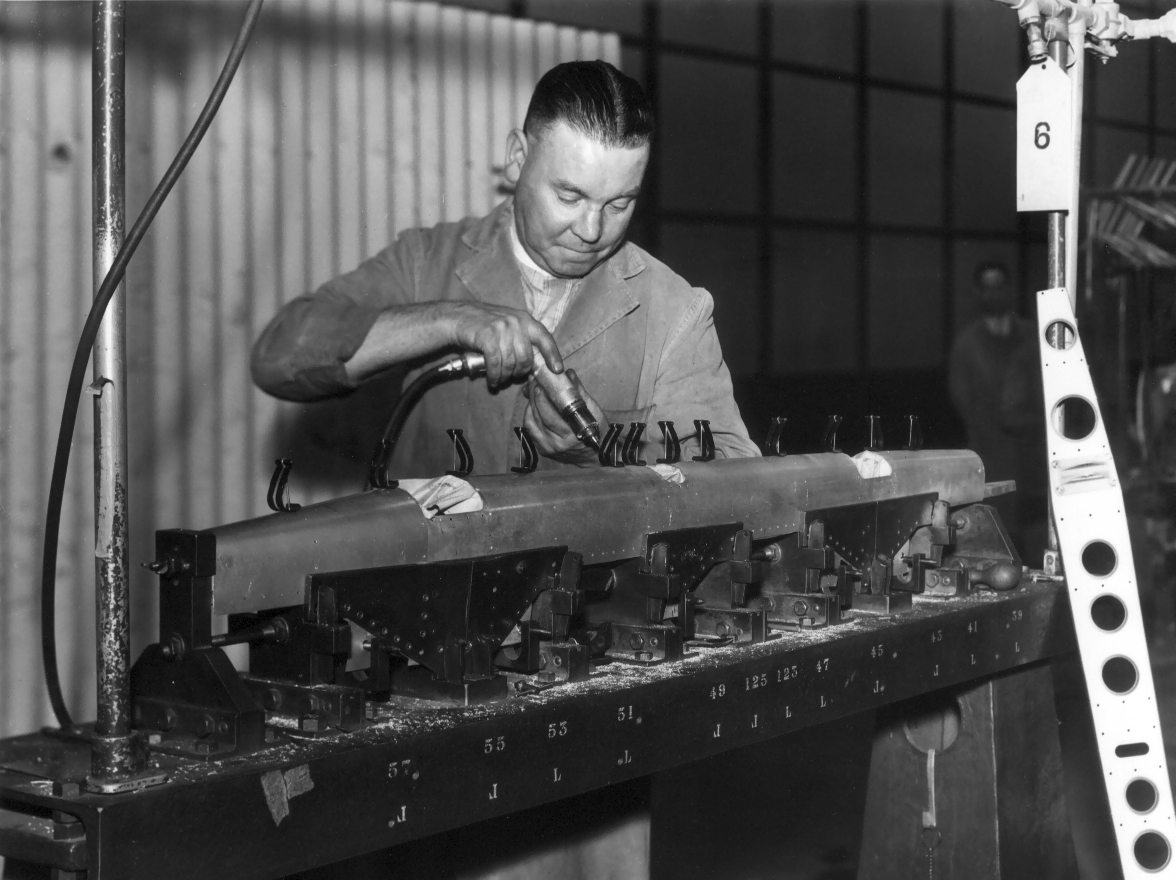 The Supermarine Spitfire is a legend. Men and women of many nations devoted themselves to its testing and construction, its delivery, its maintenance and the flights that it made.

Spitfire pilots of are rightly remembered for their pivotal role in the Battle of Britain, but until now there has been no specific, national commemoration of the aircraft in which they flew. However, just as the stories of ‘the few’ have inspired many men and women for many years, the National Spitfire Monument will embody the courage of all those who built, trained on, flew, and maintained this enduring British icon.

We remember courageous pilots and we commemorate their bravery, but we must not forget the ground crews, maintenance teams, and women pilots too – pioneers who took great risks to fly these aircraft to the frontlines unarmed, without radios or instruments, at the mercy of the enemy aircraft.

Pilots and maintenance staff representing more 30 nations flew this aircraft, throughout its working career, and Allied air forces flew in Spitfires alongside the RAF during the Battle of Britain. So too, should we celebrate the collaboration of many countries who supported the aircraft on the ground. Teams of Caribbean, Indian, and African descent; Canadians, French, Polish, Belgians, Italians; pilots from Jamaica, Argentina, Australia and New Zealand … the Spitfire was just one of the aircraft in the skies at the time, but this national monument will pay tribute to everyone who played a part in the Supermarine Spitfire story.

The general public played their part, too. As the National Socialist intent became clear in Germany and beyond, the British government focussed on building up its armed forces. Lord Beaverbrook took on the role of accelerating aircraft production and, in early 1940, enthusiastic press coverage of its success in the air brought enquiries from the public to his attention. The original Spitfire Fund was born.

Aircraft were valued at a theoretical £5,000 and, in weeks, whole Spitfires were being funded by councils, businesses, voluntary organisations and individuals. People donated a penny. 8 shillings paid for a sparkplug. Some people offered more - £40 for a petrol tank, £200 for a gun, £2,000 for a Merlin engine – and whole towns competed to see who could raise money for a whole Spitfire, fastest. A group of women and girls named Dorothy paid for a Spitfire to be named ‘Dorothy Of Great Britain and Empire’; Uruguay, officially neutral in the Second World War, funded 17 aircraft in total; other nations and cities donated enough money for entire squadrons to bear their name – No. 152 (Hyderabad) was donated by the Nizam of Hyderabad in India, for example. Some communities chose to name their aircraft in honour of bereaved local families.

‘Doing their bit’ for the war effort, the original Spitfire Fund raised about £13 million in total – around £650 million in today’s money. People understood, there is no time like the present to recognise great courage. The National Spitfire Project echoes this belief, that the Spitfire deserves to be seen as an inspiration to future generations. 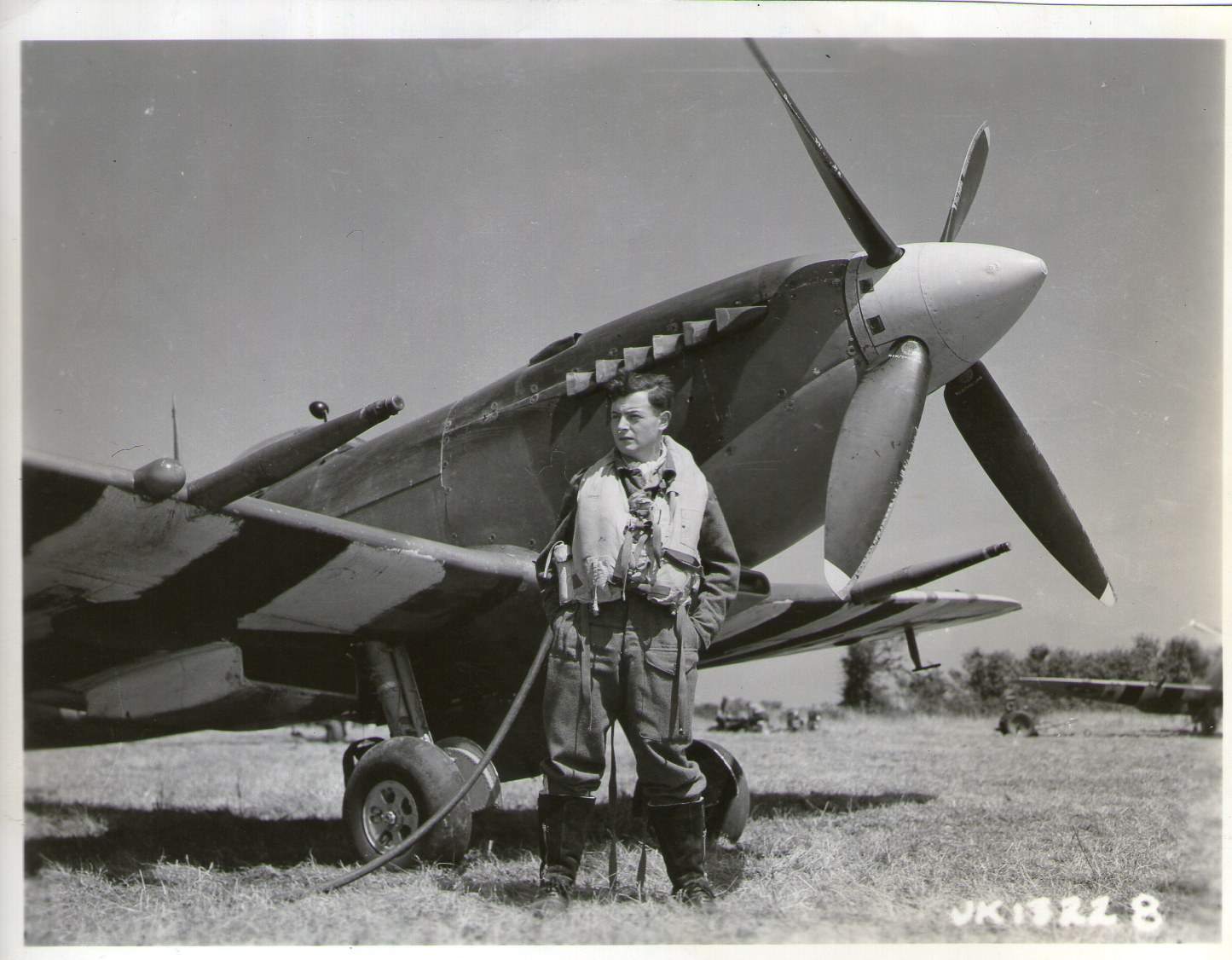 There is no doubt, the Spitfire helped inspire the Allied nations to believe there was hope. Victory in the Battle of Britain led to a halt in the advance of Axis forces and the Spitfire played a large role in securing peace.

The Spitfire – a great, British icon

The Supermarine Spitfire was the only British military aircraft with a production timetable that started before the Second World War, which also continued manufacture during that time and afterwards too. Spitfires were exported around the world for various purposes, right up to 1948, and, just as designers used ingenuity and forward thinking to great effect, we want to ensure the National Spitfire Monument remains relevant to future generations, too.

This is more than a stunning monument. Once built, the National Spitfire Monument will include interactive features that provide an informative, dynamic experience for visitors of all ages. A mobile app will interact with each of the roundels, telling the story of the aircraft’s development … the people, the progress, the engineering, the pilots, and the men and women of so many nations who helped bring the legend to life.

Just as designers of the Spitfire used ingenuity and forward thinking, we want to ensure the National Spitfire Monument remains relevant to future generations, too.

The National Spitfire Monument will mark the innovation, courage, and the heroic efforts of all those involved with the Spitfire legend. Greeting visitors to Southampton from all over the world, it will be a breath-taking reminder – never more important – of the right to freedom and democracy today.