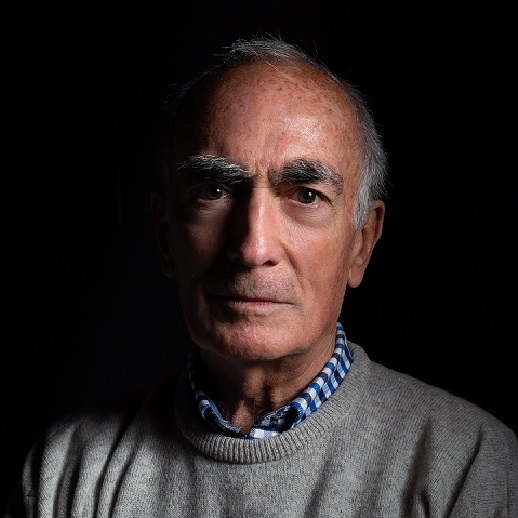 The son of a decorated Spitfire ace, ‘Black’ Robertson joined the RAF in 1963, quickly acquiring a nickname that’s remained with him ever since. After three years at the RAF College, Cranwell, he spent more than three decades in flying, command and staff appointments; these included tours of duty in the USA, Germany and the Falklands. He flew all the RAF’s front line fast jet aircraft and latterly qualified as a helicopter pilot. Five tours as a Whitehall warrior were doubtless penance for the privilege of command at almost every level.

Black regards his tour as OC No 92 Squadron, a unit with a proud Battle of Britain history, followed by his appointment as an ADC to HM The Queen, as the high spots of a career where he logged more than 3,600 flying hours. On leaving the RAF he continued to work at the highest politico/military level, first with British Aerospace (later BAE Systems) and subsequently through his own consultancy businesses. After a period as Clerk to The Honourable Company of Gloucestershire, a county-based quasi livery company, he became a trustee of the David Vaisey Library Prize and a Cranfield Trust mentor.

An occasional radio and television commentator, Black began writing in part by way of homage to his father, Flight Lieutenant Ron ‘Robbie’ Robertson DFC, who served with both 111 and 72 Squadrons. Robbie’s own flying career came to an end in Tunisia at the hands of Erich Rudorffer, one of the Luftwaffe’s finest Experten. Credited with some 220 victories, he ranks seventh in the German air combat hierarchy. Robbie managed to damage Rudorffer’s aircraft in a head-on engagement but lost an eye as a result. He’d been privileged to fly with some of the RAF’s best known Spitfire aces, amongst them Brian Kingcome, ‘Ginger’ Lacey, Jamie Rankin and Bob Stanford Tuck. When he died in 1999 he left a legacy of Spitfire memorabilia that sparked Black’s writing career. His first book, Fighters in the Blood, was published in 2020; the prequel, A Spitfire Named Connie, followed two years later. He continues to write and lecture on aviation matters, notably the Battle of Britain. 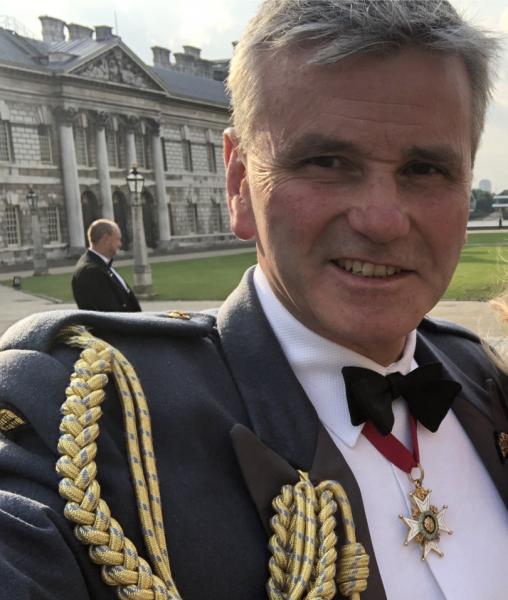 Air Marshal Turner is delighted to be a National Spitfire Project ‘Ace’. He was the Royal Air Forces’ previous Deputy Commander responsible for ‘the future’ - tracking tech, studying the enemy, spotting threats, adjusting methods, buying equipment, preparing people, upgrading our bases and transitioning to a digital service that will be NetZero by 2040.  Prior to this he served in the MOD, Pentagon and White House, commanded at every rank and was a combat helicopter pilot, with 5100 flying hours, on 92 types of aircraft on 19 combat operations.

Shot at and hit 6 times, he is a trained parachutist, plays polo, rows at Henley, has two unruly Jack Russell and feels half his age. 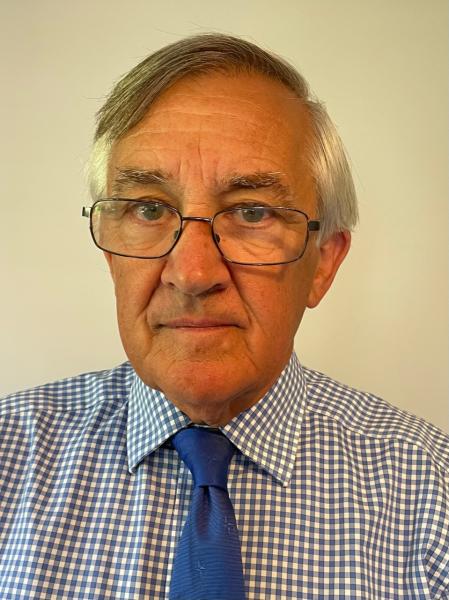 After Bloxham School, Banbury, Sir Gerald Howarth went to Southampton University where he joined the University Air Squadron (managing to fly 120 hours on Chipmunks).  Following 12 years in international banking, in 1983 he was elected to Parliament as the MP for Cannock & Burntwood, ending up as Parliamentary Private Secretary to Margaret Thatcher.  He lost his seat in 1992 but was almost immediately adopted as the Conservative candidate for Aldershot, Hampshire, where he served as Member of Parliament from 1997-2017.  He was Shadow Defence Procurement Minister and then, in 2010, appointed by David Cameron as Minister for International Security Strategy, a post he held until 2012 when he was honoured to be knighted. He was Chairman of the Parliamentary Ukraine and Egypt Committees from 2015-17.

Currently, Sir Howarth is President of the British Air Display Association and of the Historic Aircraft Association, as well as a Trustee of Vulcan to the Sky and the British Forces Foundation.  Politically, he continues to be involved in politics as President of Conservative Way Forward and a member of the Council of The Freedom Association and broadcasts regularly on defence and political matters.

Both his parents served in the RAF in World War II. His father as a liaison officer on Lord Mountbatten's staff in South East Asia Command, and his mother as a WAAF, a plotter at RAF Coltishall, who had a lifelong love affair with the Spitfire on which she worked at RAF Rednal and about which she wrote in an article published in 'RAF Parade', entitled "The 'It' in a Spit".  Sir Gerald continues to fly as a private pilot as part-owner of a Chipmunk at Farnborough  and shares his mother's love affair for Spitfires. He has been privileged to fly one of the 2-seat Spitfires operated at Goodwood - a birthday present from his wife who conspired with Paul Beaver to bring him that fabulous experience. “This wonderful project is close to my heart." 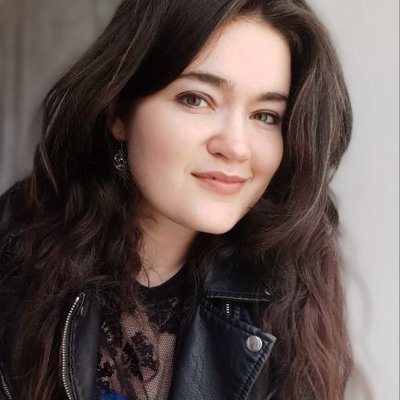 Dr Victoria Taylor is an award-winning aviation historian who completed her PhD thesis on the Luftwaffe and National Socialism in the Third Reich at the University of Hull. In recognition of this PhD research, she was awarded the 2020 Royal Air Force Museum Doctoral Academic Prize in 2021. She also undertook a Masters In Historical Research (MRes) on Britain's wartime and post-war mythologization of Operation CHASTISE – better known as the ‘Dambusters raid’ – at Hull, for which she was awarded the Royal Air Force Museum’s RAF Centenary Master’s Academic Prize in 2019.

Victoria specialises in the history of airpower, aviation, and the public imagination in Britain and Germany during the Second World War. She has contributed to a variety of popular history magazines – such as 'BBC History Extra' and 'Britain at War' – and academic publications alike, along with featuring widely as an aviation expert in programming for the BBC, Channel 5, Sky History, History Hit, the RAF Benevolent Fund, and the Smithsonian Channel. She co-wrote and narrated Season Two of the RAF BF podcast All Stations, which was entitled ‘Inside the Battle of Britain’, and did the same for ‘Spitfire: From The Ashes’, a BBC Radio 4 special that delved into the history of Supermarine and its most famous creation.

Victoria sits on the Editorial Board for the Royal Aeronautical Society's Journal of Aeronautical History and is part of its Aeronautical Heritage Specialist Group. Her expertise is also channelled via consultancy work, from working as an Historical Consultant for the Royal Air Force Benevolent Fund’s ‘Back On The Radar’ installation piece and WAAF infographics in 2020, to serving as Project Historian for the Advisory Board of Spitfire AA810 - a cross-party scheme which seeks to restore an original Photographic Reconnaissance Unit Spitfire to the skies. 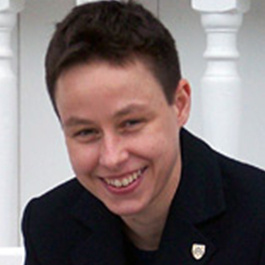 Yvonne Malan was born in South Africa and educated at New College, University of Oxford. Her research interests include post-conflict reconstruction and transitional justice. She is the founder of the prestigious Bram Fischer Memorial Lecture at the University of Oxford.  A former Oxford ‘Blue’, she is a keen runner, cricketer, and boxer.

Yvonne is pleased to join the National Spitfire Project’s team of Aces as part of her role to be raising the profile of her relative, the late Group Captain Adolph Gysbert 'Sailor' Malan, DSO & Bar, DFC & Bar.  'Sailor' Malan was one of the most outstanding Spitfire pilots and leaders within the Royal Air Force during the Second World War.

Guy Austin is a no-nonsense, passionate, and energetic construction professional with a solid history of achievement in the delivery of major infrastructure projects to time, budget, and quality in both the private and public sectors. For many years, Guy was a proven business leader, being one of the owners of a highly successful, large multi-disciplinary construction consultancy business employing some 550 staff in 10 offices across the UK. Guy retired from that business in 2016 in line with the requirements of the Partnership agreement. Since then, he has made a bad job of retirement, delivering a large project of national strategic importance for the Royal Air Force and is currently leading the delivery of challenging projects for the Aston Martin and RedBull Formula One racing teams, a business sector he has worked in for over 30 years.

Throughout his career Guy has developed strong and enduring relationships, believing this is the foundation for everything he does, both professionally and personally. Guy is a firm believer in strong leadership, building a culture for success and the importance of a cohesive energetic team with shared goals.

Guy is an Honorary Group Captain in 601 (County of London ) Sqn RAuxAF. In his spare time, he enjoys indulging his passion for anything with an internal combustion engine, riding motorbikes, especially in far flung parts of the world. He loves driving his cars - be it his 1944 Willys Jeep or his Aston Martin. Guy always looks forward to spending time at his house in Normandy with his wife, grown up family and grandchildren. 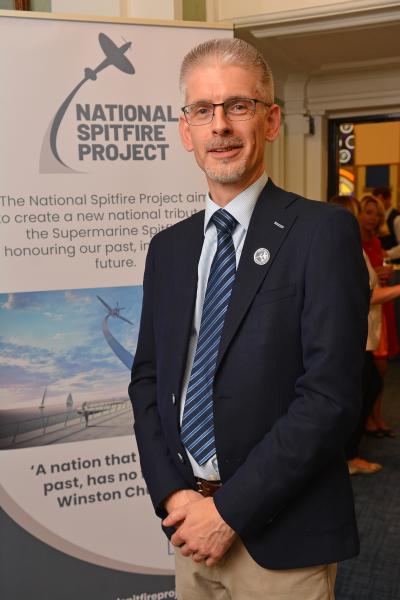 Rob has spent over 25 years working as a scientific civil servant, providing evidence for government decisions using skills in engineering, mathematical modelling, and people- and project-leadership. During his career he has led teams of up to 20 STEM professionals and continues to mentor junior staff in their development, whilst overseeing significant aspects of major industry programmes and providing direction to research studies and test & evaluation capabilities.

An early interest in historic military aircraft, the Spitfire in particular, inspired Rob to study aeronautics & astronautics at the University of Southampton. Having worked at Biggin Hill and Farnborough, locations rich in aviation heritage, Rob is happy to have subsequently returned to the Southampton area and made it his home. With a strong interest in photography, aircraft in particular, Rob truly considers the Spitfire to be an indelible part of himself.